Main features include
Simultaniously, it can output the streams over a network.

Do download the demo, and toy around!
(The Windows demo is fully functional, but time limited to 15 minutes, the Mac demo will burn in a logo on recording.)

This was originally developed (In 2014) for the Motion Capture on the set of Jon Favreau's 'The Jungle Book' (2016), a major Hollywood feature.


Do NOT be shy with feedback how you would like to have it customized.

Note
This software uses code of FFmpeg, licensed under the  LGPLv2.1  and its source can be downloaded here. 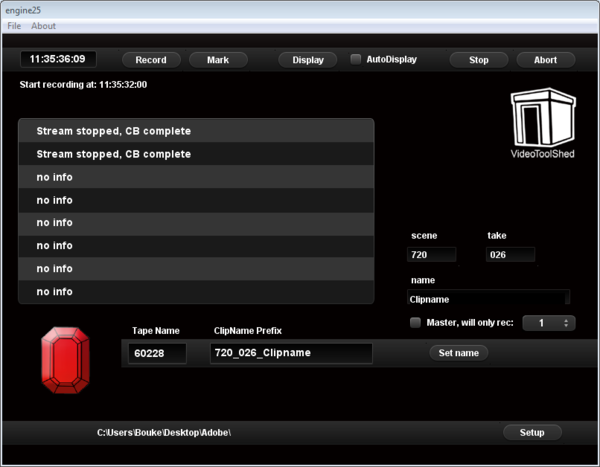