So, this means that you can (batch) start MXF export, and let this thing take care of the encode, where it will be done at about the same time your export is done.

It  works on MXF, the flavours tested are XDcam Op1a, DNxHD  and AS 11, as well as the MXF created by the Canon XF705.
Only the two first sound channels will be outputted.

Current version is 1.1.6 for both Mac and Win
Mac version now is Catalina compatible, and lets you select what input channels to use. 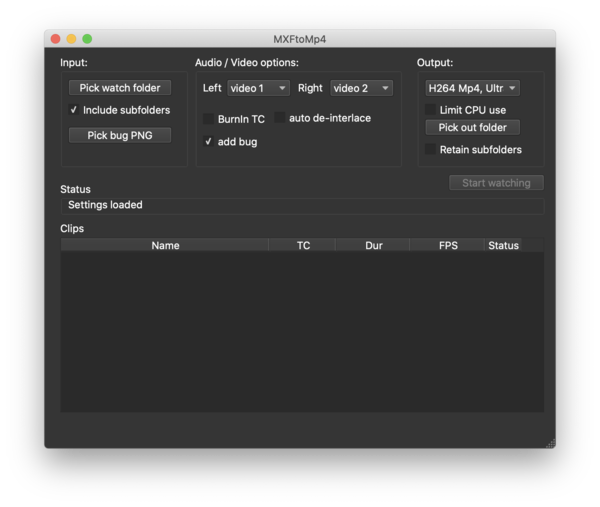