This util reads LTC timecode inside video or audio files, and can either set a new timecode, re-wrap to Quicktime or MXF, or transcode to Prores, including external sound if needed.
It supports a tremendous amount of different formats / codecs.

It can be used either to sync multiple cameras, or aid in dual system recordings.
For dual system sound, instead of creating / altering video files, it can also set a new timestamp on BWF files so they are in sync with the normal video timecode instead of the LTC.

If you don't know what this is about: AUX TC is 'normal' audio timecode, but recorded on one of the normal audio tracks. It also stands for a second (or third) TC track, no matter the way it is stored (yes, this is quite confusing.)

Why would you want AUX TC?
If you do a multicamera shoot and you want to sync up the different reels fast, you normally lock the timecode of all the cameras. Problem, cheap cameras do not have this option.
Even the Sony FS7 does not have a TC input!

What you can do is broadcast a TC signal and record it on one of the audio tracks.
Then use this applicatin to read out and convert it to usable TC for post-production.

Another example, if you shoot a music video, you probably play back a CD of the song while shooting. Create a CD with one channel of the song, and put TC on the other, record both on the camera. Not only do you have a reference to the song, you also instantly know where to put the take on your timeline.

Main features include
What's new:
The original idea was developed by Georg Misch, and further development & bug testing was carried out with Georg Misch and the students of the Filmsound Department at the Institute for Electro- Acoustics, University of Music and Performing Arts in Vienna, Austria.

Youhouuuu it works!
Fantastic....
Now I have to ask my producer to buy your wonderful product! ;)
THANK YOU SOOOOO MUCH FOR ALL OF THAT SUPPORT!
The best support EVER!
- Pauline Decroix

You saved my 4 weeks of audio tc for a docu! Everything stamped correctly!
- Tomasso Ferrari, brickbeard.com

I love it. I do a lot of multi-cam shoots/edits with DSLR's usually with multi-tracked audio (bands and stuff) I send LTC to the camera's via wireless in-ear transmitters/receivers. Sometimes it's long continuous shots, sometimes hundreds of shorter clips. Use LTC convert to read the code and stamp the files. It's wonderful. :-)
Wesley Burrows

Note
This software uses code of FFmpeg, licensed under the  LGPLv2.1  and its source can be downloaded here. 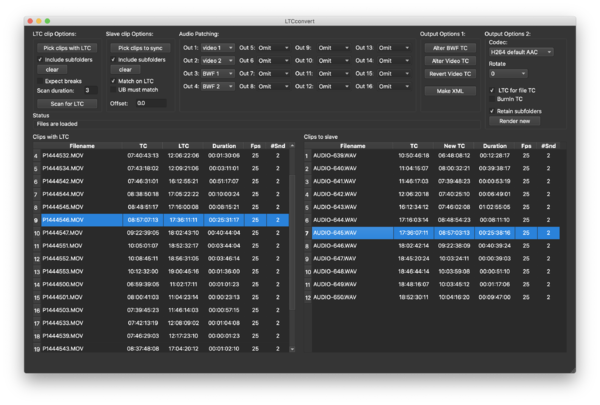 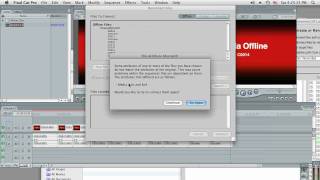