Why do you want this?
Using this tool, it's very easy to make a mix that broadcasters will accept.
Just mix to your ears, and let this thing analyze / render to a new file.
You end up with a mix with the volume set to the desired LUFS.
In the unlucky case there are errors found, you'll get a detailed list what error occurs where.
(But don't worry, you really have to make a sloppy mix to let that happen!)

But it can do more:
SOP (Standard Operating Procedure) in short:
What to do if there are problems found?

That's easy.
The error report will tell you where an error occurs.
It can either be a Momentary error,
(Too loud in a period of 400 Msec (10 frames in 24 / 25 fps, or 12 frames in 29.97)
Or a Short-time error (average too loud over a period of 3 seconds)
Just go to the time stated and lower the volume a bit there.
If the error has found a value of +10 LU, and specs state to stay under + 8, just lower that part by 2 dB and you should be fine.

In the images is an example on how an error report looks like,
Using the most strict, (German, that's a surprise) requirements.
The files used are the standard EBU testfiles.
Note, the image shows the file BEFORE being processed.

Main features include It will set the correct loudness for you, WITHOUT altering ANYTHING to your mix.
It just does a gain measurement and in/decreases the total volume.
So, what goes in comes out, just with a different volume.
(If you don't trust it, alter the volume yourself in your editing software. The result will be the same...)

Not all countries have the same specs.
E.g., in The Netherlands the LRA (loudness range) and Short-Term are free to your liking.
If this is the case, you can leave the field empty, or put an incredible high value.

There is currently no preset for the US, but if someone will be so kind to send me some broadcasters specs, i'll happily build it in.

Below is a simplified explanation on how to read the broadcaster specs.

A small bit of explanation what the different parameters are.
(As easy as it gets.)

I, or Integrated loudness
This is the overall loudness of the show,
and has to be -23 for Europe, -24 for the US.
This is the most important value. It tells you how loud your entire show is.

LU
One LUF. It is the DIFFERENCE between the current LUFS and the Integrated Loudness.
It is the same as a dB. So if your show has an integrated loudness of -23 LUFS,
And you're warned that something is 9 LU over, therefore too high, it means that at that point, the loudness is -14 LUFS (Lowering the volume there by -3 dB will result in that part being -17 LU, that will be within specs)
Now since it is the DIFFERENCE, it's always a positive number.
(think, it's two dollars cheaper, it's two dollars more expensive. Both two is a positive number, but meaning +2 and -2 respectively)
NewSpeak is now: "You're 2 LU over on the gunshot"

M, or Momentary loudness
The loudness measured in a period of 400 Milliseconds
(10 frames in 24 / 25 fps, or 12 frames in 29.97)
This may be quite high, certainly way higher than under the old specifications.
If you exceed this, you really have a huge explosion or alike in your mix!

S, or Short Term loudness
The loudness measured in a period of 3 seconds.
Some countries require this not to be over a specific amount, but others (like the Netherlands) leave this to your own taste.

LRA: Loudness Range
See this as the difference between the loud parts and the soft parts.
However, it is a very smart way of looking at it, taking a lot of different things into consideration
Don't worry about it. It's very hard to get out of specs here, and in a lot of countries there even isn't any restriction on this value!

Note, 3.xis a paid update. (Sorry about that, but it had to be rebuild from scratch.)

This week have sent two new ad into Adstream and both passed EBU128 really chuffed with the software. Many Thanks.
David Strelitz

HOLY SH*T! Now the software processed one file in under 20 seconds...
previously it was about 4-5 minutes. THANK YOU VERY MUCH
Sebastian Zielinski
TV Polsat, Poland 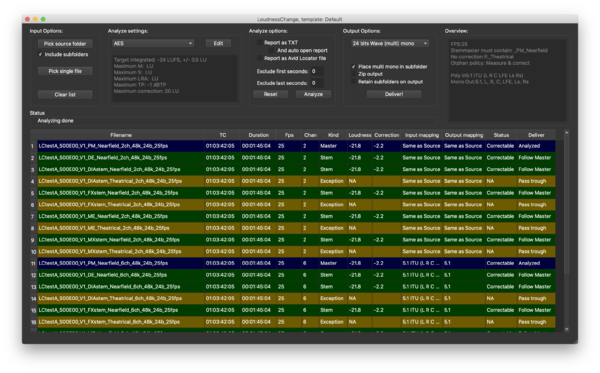 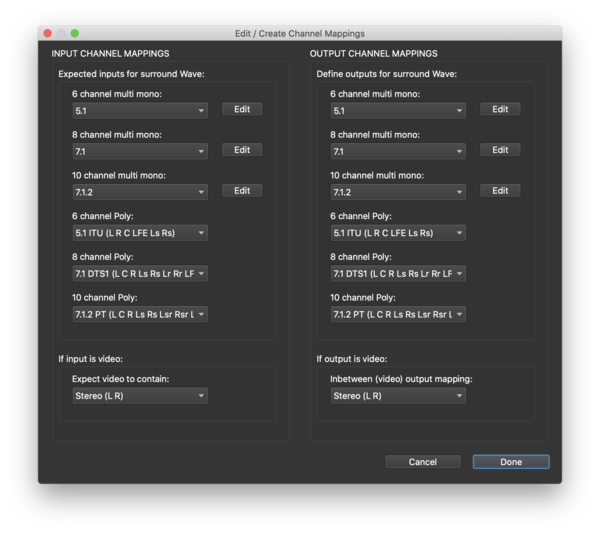 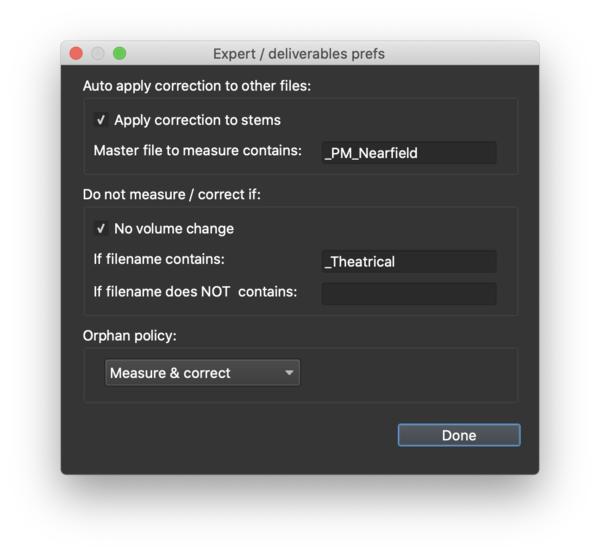 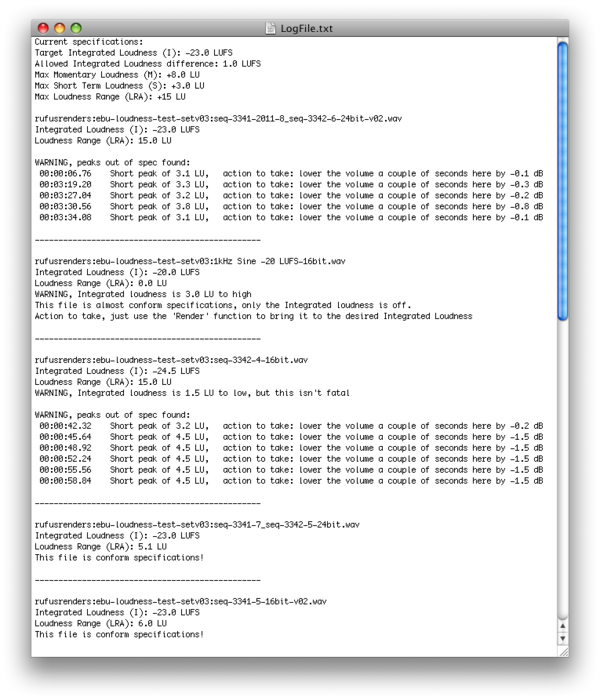